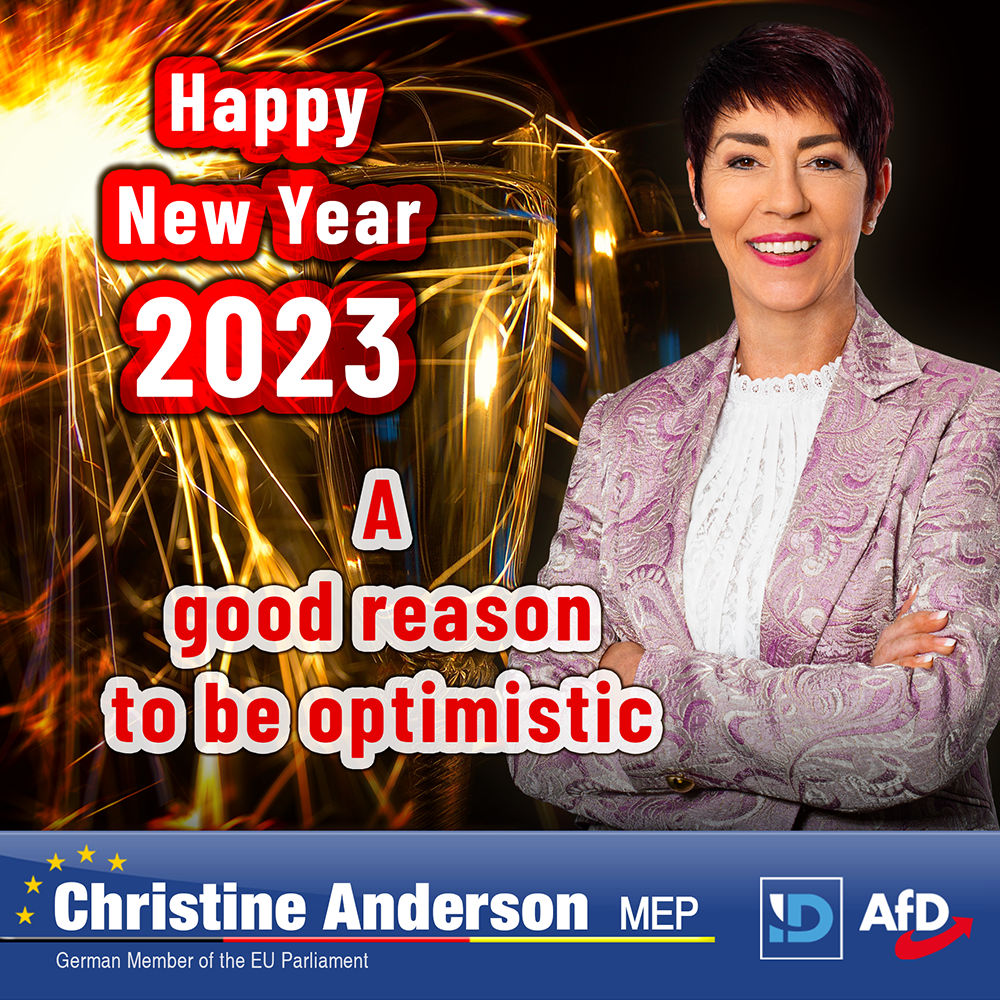 Dear friends and fellow campaigners,
I wish you and your beloved ones a prosperous start into a happy, free and self-determined new year 2023. 🎉🍾🥂🧨

There is still a lot of work ahead of us and our collective struggle against the technocratic agenda of the global elites is in full swing. But there is already a clear and important partial victory to declare:

Never before have people around the globe experienced and recognized with such clarity what it means to confront a common danger and to have a common goal in mind.

From Australia to Europe to Canada, from the USA to Brazil and South Africa to New Zealand: all over the world, citizens and whole peoples understand how their freedom, their fundamental rights and their self-determination are being taken away from them by obedient and puppet-like governments. Former freedoms and rights that are now to be transferred to supranational bodies such as the WHO, the UN or the WEF, according to the will of a globalist and fake elite. Bodies that are neither democratically legitimized by the peoples of this world, nor can be held politically accountable by the citizens.

Digital control, electronic health certificates, climate hysteria, destruction of prosperity through artificial energy shortage, deindustrialization and destruction of farms and agricultural businesses, destruction of the traditional family as a source of strength and the nucleus of every nation, aggressive LGTBQ propaganda for the deliberate destruction of children's souls and a natural gender identity, as well as the abolition of cash, the control of the media, the excessive regimentation of the Internet with the state spying on even the most private communication through data retention and chat controls, are to turn once free citizens into a disenfranchised, unresisting and completely controllable mass of disposal in the stranglehold of the globalist elites.

And yet I remain hopeful. Because a keen awareness of these dangers has now emerged around the world. Citizens, activists, and some politicians from various political spheres, from left to right, together have begun to build global, widespread, and effective networks to push back against the technocratic agenda of the global elites. Many peoples, many languages, sometimes tens of thousands of miles between us, but one single idea and one single common goal are what have already brought us together so closely that we now speak just one single language: It is the language of freedom and self-determination! 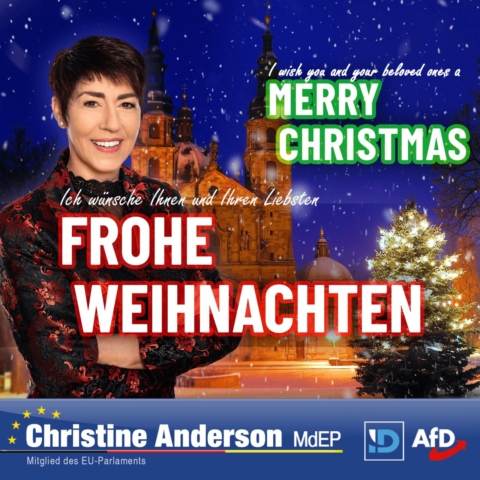 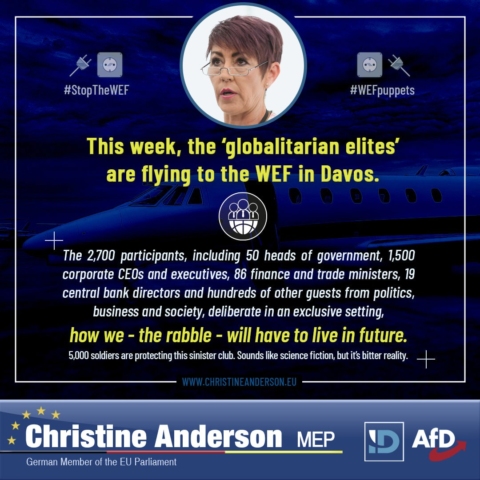 Global Elite on WEF in Davos

This week, the ‘globalitarian elites’ are flying to the WEF in Davos. ✈️🌐🪲🦗🛩 The 2,700 participants, including 50 heads of...
Show more posts