How long is your recovery status valid now?

How long is your recovery status valid now? 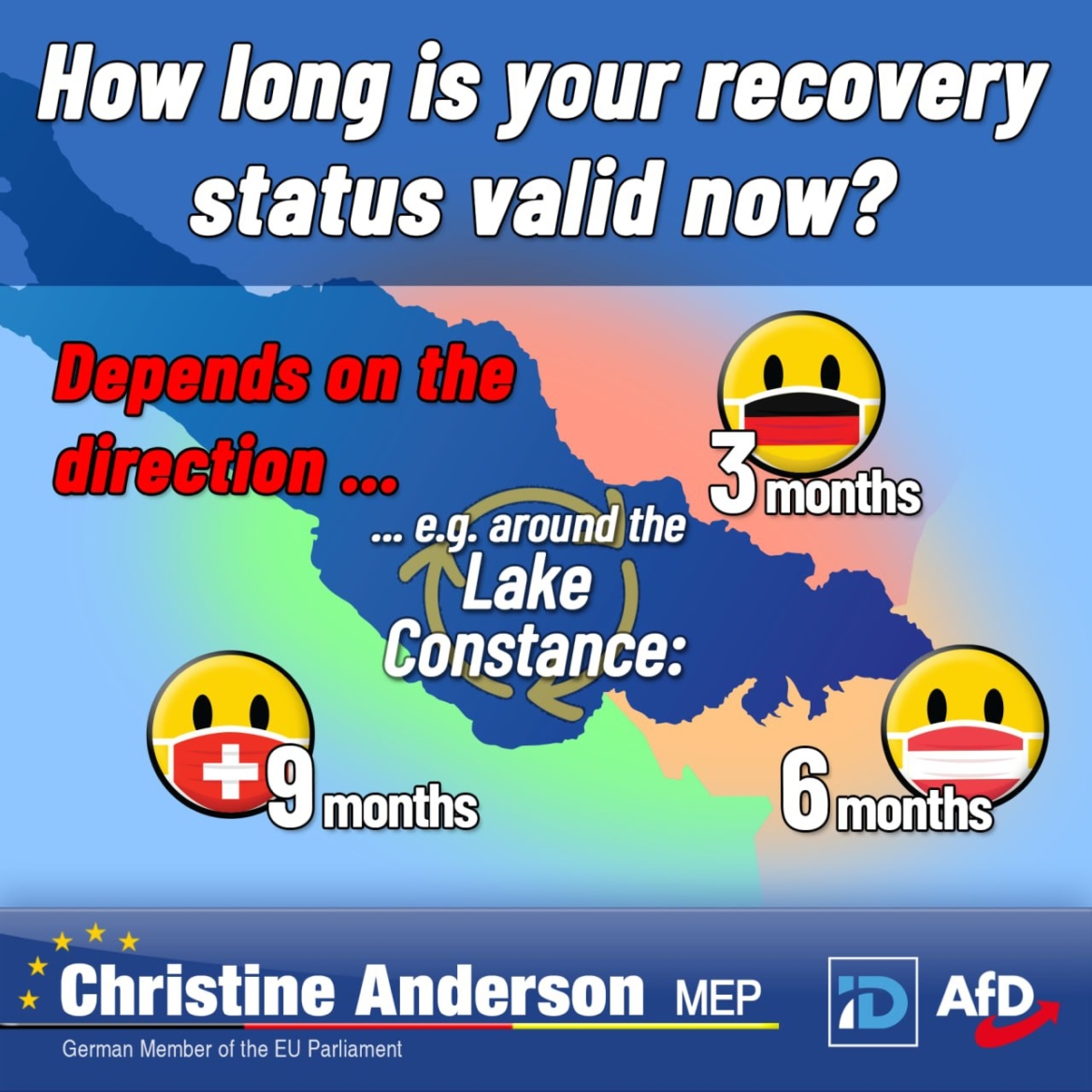 the ever more absurd measures of the administration are now finally entering the general mental meltdown in the wake of their own self-inspired hysteria. Masks yes, masks no, masks also in the fresh air, testing, vaccinating, boosting until you drop. And then, whoever - oh how surprisingly - is infected anyway, may be pleased about his or her convalescent certificate, which promises him or her at least a few months of respite from the whole – somehow not really functioning – measures marathon.

Finally enjoying 6 months of relative freedom. Home leave from the Corona front. But it was too early to rejoice. Politics quickly straddles the legs of the German citizen and reduces - without any scientific evidence - the pandemic probation to 3 months. Bad luck again.

And while in Germany the debate about the introduction of a compulsory vaccination is gaining momentum more and more aggressively, in Austria it has long since been decided. But there, the domestic political showmen grant their citizens, who are hardly recognized as free individuals anymore, at least the full 6 months of convalescent status. Yet.

Only one country's border away, Switzerland, has so far shown itself to be on the more generous side. While the Swiss' political establishment has granted its citizens an almost obscene 12 months' exemption from the new normality, the administration there has now rowed back. Since January 31, only a shortened grace period of 9 months now applies in Switzerland. Still more generous than in Austria or Germany, but the trend toward further restrictions has long been apparent here as well.

In order to visualize the whole absurdity of these Corona measures in a nutshell, a day trip around Lake Constance, from Germany via Austria to Switzerland is sufficient. But be careful that you don't travel in the wrong direction and that you still have enough remaining time on your convalescent account, and whether further shortages might have been imposed in the meantime. Because then you will quickly get into hell's kitchen. By the way, this must be the same kitchen in which the devil is residing now for the third year after Corona - surrounded by incompetent, spiteful politicians and their media court reporters - stirring his poisonous and vile soup, which we citizens then have to spoon out together.

Let us finally throw away the spoons and shout in the devil's face that we will no longer eat his disgusting soup. Let the political and media stooges of the background elites feast on it, who have brought us all this perverse insanity, while smiling coldly. 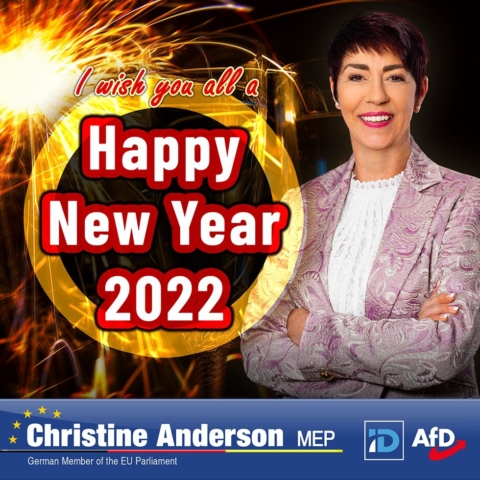 Dear fellow citizens, I wish you and your families and friends a happy new year 2022. Things are now starting... 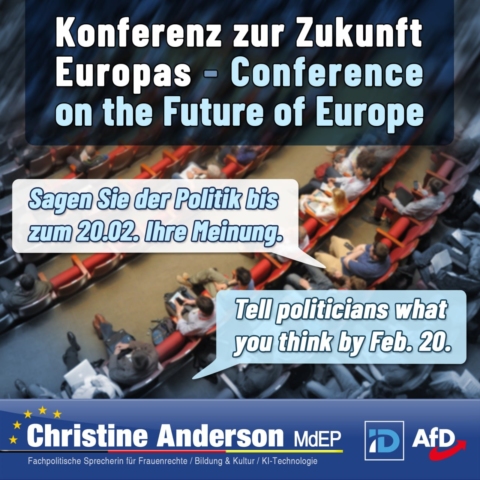 YOUR opinion counts: Tell us about your ideals for the "Conference on the Future of Europe"

YOUR opinion counts: Share your ideas for the "Conference on the Future of Europe" and prevent an EU sham event!...
Show more posts