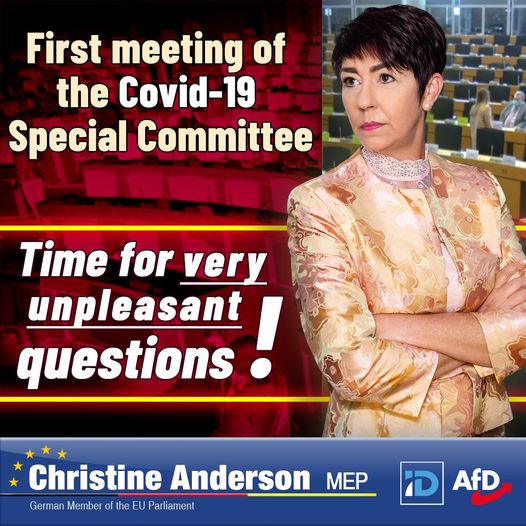 The day before yesterday, the "Covid-19 Special Committee" was constituted in the EU Parliament. This committee is supposed to analyze - according to its own presentation - the so-called Corona pandemic from different angles, dealing not only with health aspects, but also with democracy and fundamental rights, the socio-economic effects and the coordination between global actors.

This sounds quite interesting at first, however, we should not fall into the misconception that the EU Parliament could really be interested in reviewing the wide-spread catastrophic failures of politics and media during the past 2 ½ years, which have shaken the belief in independent science as well have caused serious damage to almost all Western democracies while deeply dividing their societies.

The day before yesterday, I was able to witness the opening statements of some of the 38 committee members live on stage and I have already come to the conclusion that they are less concerned with a critical review than with self-congratulation, in the grotesque belief that they have actually done quite a lot of things properly since the outbreak of the so-called pandemic.

For this very reason, this committee is a good opportunity for me and my colleagues to hold up the mirror of their own failure to all the overtaxed hypocrites and measure ayatollahs of the political-media complex and to back it up with very uncomfortable questions.

I will be posting the corresponding video of my first speech to the new "Covid 19 Special Committee" online on this channel shortly.

In the meantime, please read the official press release of my parliamentary group below:

++ The pandemic is over, the processing of responsibility begins ++

Brussels (20.04.2022) Yesterday, the "Covid-19 Special Committee" was constituted in the EU Parliament. This committee is to analyze the pandemic from different angles, dealing not only with health aspects, but also with democracy and fundamental rights, the socio-economic impact and the coordination between global actors.

Silvia Limmer (AfD) is coordinator and full member, Christine Anderson (AfD) deputy member in the new committee of inquiry. "The challenges for this special committee are immense, because it must be urgently addressed that vaccination side effects of the conditionally approved vaccines up to death are negated or at least played down and one continues to speak of allegedly safe vaccines - although even the most elementary requirements for quality such as the intactness of the mRNA can still not be met. The term pandemic has been used in an unprecedented way to undermine our approval process for drugs and vaccines, which is based on patient safety. This, and how it can be prevented in the future, needs to be discussed," said Sylvia Limmer.

"We have witnessed a pandemic of fundamental rights restrictions on an unprecedented scale. Originally, fundamental rights were considered guarantees against an encroaching state, but in the pandemic, fundamental rights have become privileges that governments handed out like 'treats' to all the citizens who dutifully went along with every order, no matter how moronic it was. We will raise very uncomfortable questions about this in the Special Committee, including about the licensing and contracting of the vaccines, whose contracts are still only extensively blacked out, even to us MEPs," said Christine Anderson. 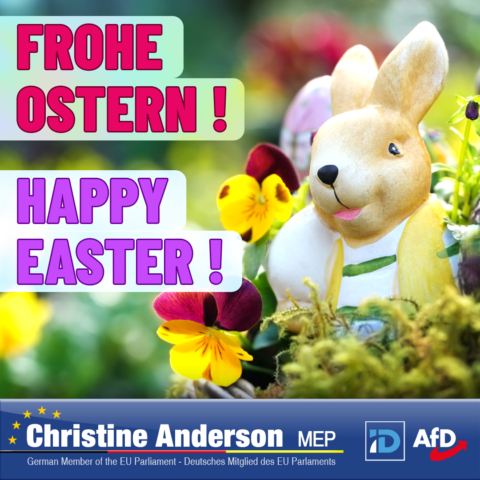 Dear fellow citizens, Dear fellow campaigners and highly appreciated freethinkers, I wish you and your families a happy Easter and...

Dear Fellow Citizens, I am very excited to be a guest speaker at the NORTHERN LIGHT CONVENTION this coming weekend...
Show more posts