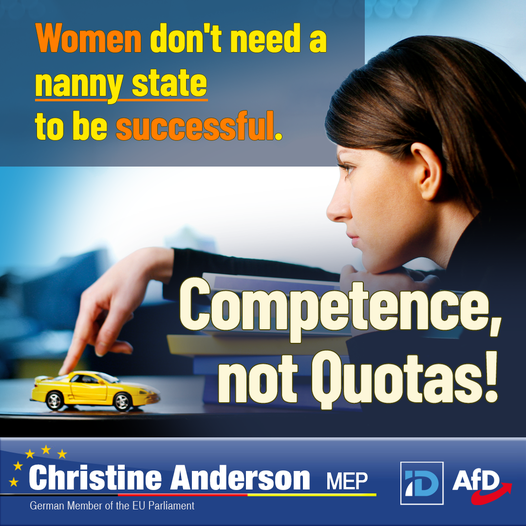 This week, negotiations between the three EU institutions concluded with a deal on the ten-year-old Directive on Gender balance among non-executive directors of stock exchange-listed companies.

The result is that companies listed on the stock exchanges of the member states are now obliged to hire women - even if they have male candidates who would have been better suited and qualified. From now on, 40% of non-executive boards and 33% of executive boards must be made up of women by 2026.

This directive is an extremely hollow victory in the fight for better women's rights. What signal does it actually send to those new quota women on corporate boards? Quite simply, "You're not here because you're well-qualified and capable, but only because a law has forcibly placed you here." What humiliation I would feel as a woman in such a company if all my professional "successes" had only been achieved because of quotas, laws and state-imposed guard rails.

I therefore say quite clearly: "Competence instead of quotas!" Only those things which one has worked and fought for on his own can ultimately fill a person with the justifiable pride in his own achievements. It is only this own achievement that awakens and increases genuine self-confidence and furthermore enables a healthy development into a free and self-determined individual. And this fact applies equally to both women and men. Even without a quota. 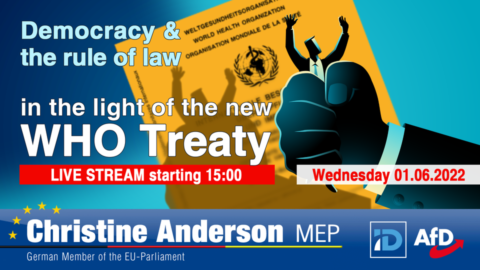 Dear fellow citizens, I am very much looking forward to welcoming the two lawyers Dr. Sylvia Berendt and Philipp Kruse... 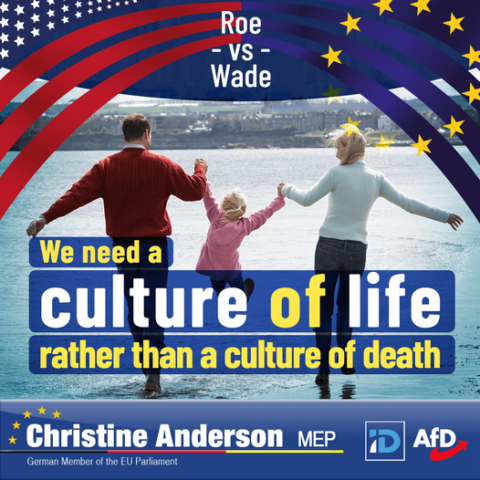 last week we voted in the EU Parliament on a pro-abortion resolution, which fears that a leaked decision of the...
Show more posts