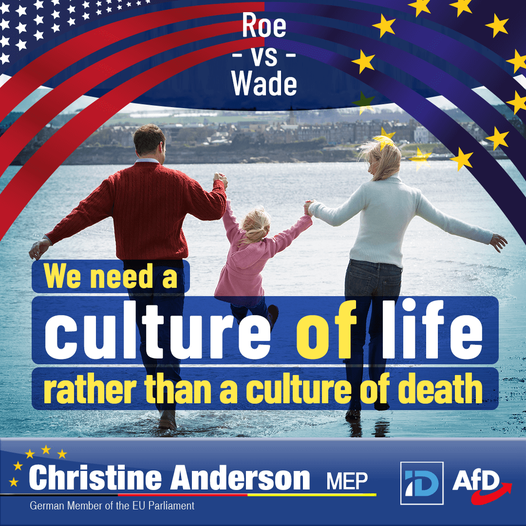 last week we voted in the EU Parliament on a pro-abortion resolution, which fears that a leaked decision of the US Supreme Court would prove true, and that the democratic right of the Supreme Court judges would overturn something which has been problematic since it was made almost 50 years ago.

Roe vs Wade took away the possibility of US States to prosecute abortionists for taking the life of unborn children, deeming it a matter of privacy, and therefore a choice for the mother in the first trimester. This meant that it became a Federal matter based on the argument that the founding fathers intended such a ‘right’ when they wrote the US Constitution.

Putting aside that we are indeed talking about terminating a life, pregnancy is mostly not a stroke of fate which women have no control over. Advocating for unlimited abortion, declaring it a “human right” even, demeans women, as it denies them any ability to be responsible human beings. By no means are abortions an inconsequential ‘lifestyle-choice’ or just another contraceptive for ‘after the fact’. Abortion always entails the killing of an unborn child.

The EU has no competence over democratic decisions in cases before the Supreme Court of the United States of America. This EU resolution names individual US states that are implementing ‘heartbeat’ laws – whereby abortion is limited at various stages in the baby’s development. And it condemns them as being anti-women.

In the parliamentary debate, I said that we have no right to interfere with a rumour of what the US Supreme Court may do – nor should we exaggerate and call it a ‘global threat’. If they protect their young citizens in the womb – as even UN, European law and charters of fundamental rights mandate – then good for them; but we have no right and no competence to bully them into a different decision.

Socialist Maria Noichl was spitting mad as she reprimanded anyone who dared to think women should not be given full abortion rights globally. To her, even silence on this matter was ‘violence against women’. And Green Terry Reintke flouted Parliament rules by wearing a pro-abortion scarf, ignoring the demand of the President to remove it, as she screamed that she is “not a vessel to supply infants”. I doubt she would ever get the chance.

The French EU-Presidency and the EU-Commission were given their pro-abortion scripts, and quoted Simone Weil, Madeleine Albright and Hilary Clinton – those great bastions of human rights. I, and like-minded colleagues reminded all present that such views have no legal foundation, and that a culture of life is always much more precious than their cold culture of death. 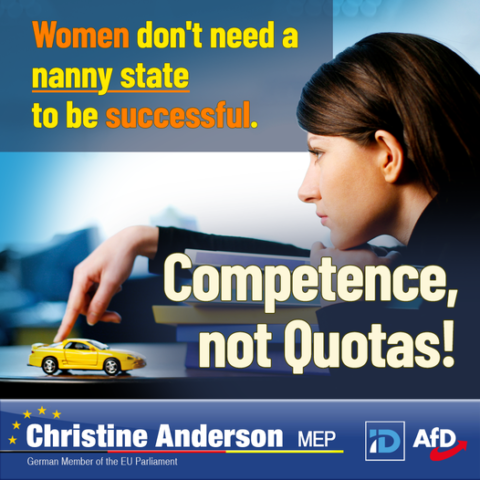 Dear fellow citizens, This week, negotiations between the three EU institutions concluded with a deal on the ten-year-old Directive on... 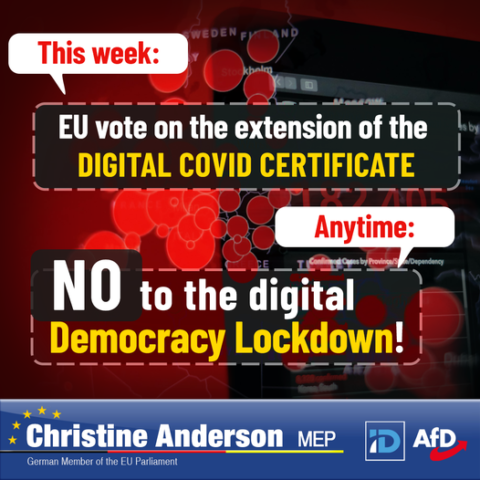 Dear fellow citizens, this week the EU Parliament will vote on the extension of the digital vaccination passport (Digital Green...
Show more posts