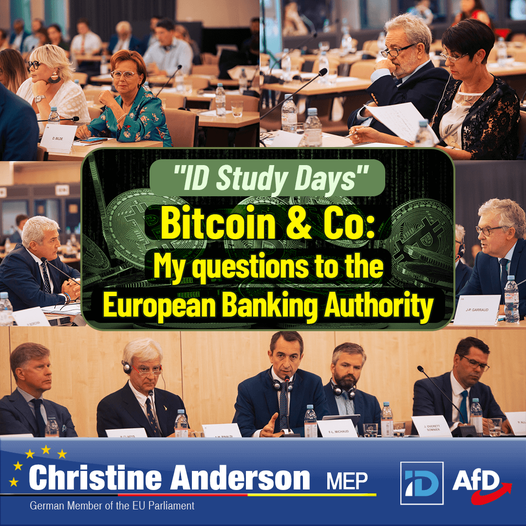 At the "ID Study Days" - the ID Group's three-day conclave in Paris - I also obtained information on the topic of cryptocurrencies, such as Bitcoin or Ethereum, in a presentation by Francois-Louis Michaud, the Executive Director of the European Financial Supervisory Authority.

To what extent does regulation at the EU level make any sense at all, when the market is following completely different developments globally? Can it be ruled out that instruments of such regulation will also be used to restrict civil liberties, as we recently saw with the blocking of Canadian Freedom Truckers' wallets? What is the banking regulator's position on the ban on “proof of work”?

The European Banking Authority says it initially divides players into two categories: Service providers that take a libertarian, "radical" approach to freeing themselves from the banking system, and multinational companies that harness crypto assets to evade banking regulation.

Accordingly, the authority is also pursuing two approaches: First, it wants to offer a comparable product in the form of "digital central bank currency" to be used as a cross-border, low-cost means of payment. There is no specific timetable, but this goal is being pursued “at full speed”. The second approach is to force players who offer payment services to undergo regulation so that no competitive advantage is created over players who are already subject to regulation.

Within the framework of the G20, coordination of measures is to be sought, but nothing concrete can be said about this yet.

It is also important to the European Financial Supervisory Authority that all issuers of cryptocurrencies must identify themselves and align their activities with a catalog of measures.

However, the idea of anonymous, or pseudonymous cryptocurrencies would not be able to be pursued further with this.

There was no concrete rejection that regulatory measures would not also be used to restrict civil rights. It was emphasized, however, that an "inclusive" approach was also being sought for digital services, so that people for example who do not own or cannot operate an appropriate terminal device are not excluded.

The conclusion that can be drawn so far from the information provided by the European Banking Authority is that anyone who can read between the lines will certainly already have an idea of where the journey is heading to in the future.

I'm pretty sure that the approach of cryptocurrencies so far, of wanting to free themselves from the central banking system, will set alarm bells ringing among the technocrats in Brussels. The idea of an anonymous or pseudonymous payment option as a kind of a digital variant of analog cash will also not be compatible with the goals of these circles, as can be seen, for example, from the worldwide campaigns to displace cash, which have been going on for a long time.

Freedom and self-determination are fundamentally a thorn in the flesh of the technocratic elites, and so they will also try to regulate everything in the crypto sector and press it into their templates. Whether such efforts will ultimately be successful remains to be seen, because after all, it is precisely this prospect of technocratic paternalism and social lack of freedom that is at least as big a thorn in the side of us freedom-loving citizens.

We will therefore have to stay on the ball and keep a close eye on this issue as well. 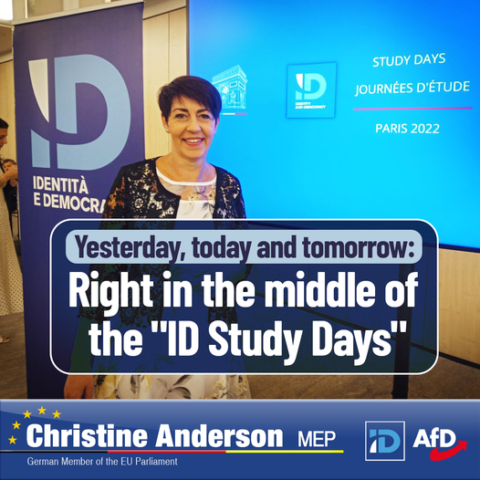 Right in the middle of the "ID Study Days"

Yesterday, today and tomorrow: right in the middle of the "ID Study Days", the conclave of my parliamentary group in... 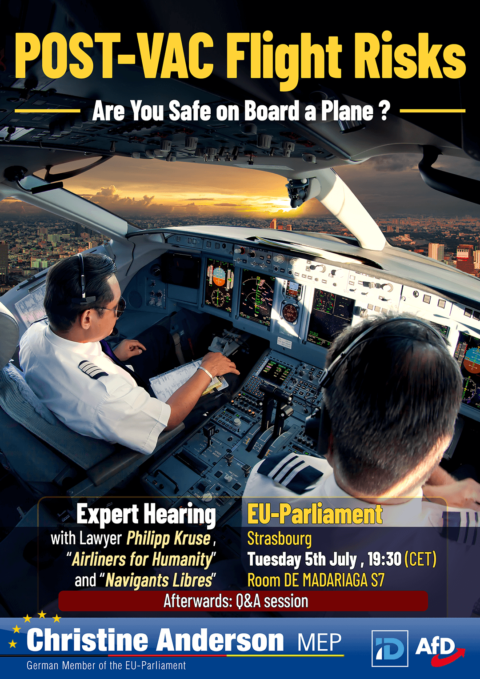 POST-VAC Flight Risks - Are You Safe on Board a Plane?

The EMA database of the European Medicines Agency records a very high increase in reported suspected cases of side effects...
Show more posts