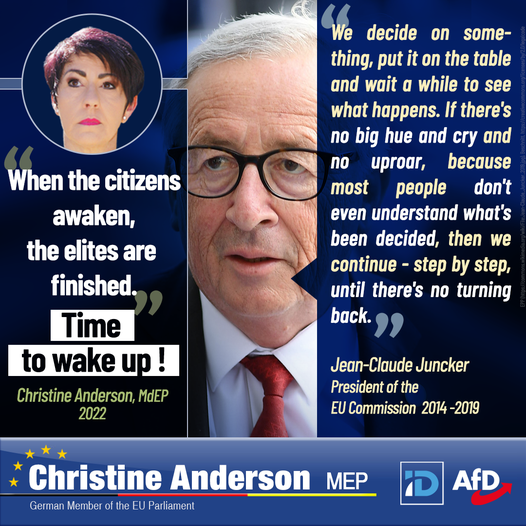 Many citizens still believe that after all, politics means well for them. But anyone who takes a closer look has long since noticed that politics is no longer concerned with the interests of the people, but all too often only with those interests that are exclusively useful to politicians, lobbyists and the whisperers in the background. Anyone who moves in such elitist circles and cultivates ideas that are far away from the people' s interests will find it annoying in the long run to be accountable to the voters at all.

And so, politicians have sought and found a way out by increasingly moving national decisions out of their own parliaments and transferring them to supranational organizations.

The best and most well-known example of this is the European Union. New laws or regulations that politicians at home would never get through their own parliaments without incurring the wrath of the voters and noticeably losing votes are simply delegated in the direction of the EU Parliament and EU Commission. Later, if the public is displeased, the local politicians can wash their hands of the matter and claim that they have no national influence because it is "unfortunately" a directive of the EU.

Citizens feel that they are being deprived of their democratic opportunities for shaping and controlling government. They realize that, as voters, they can no longer reach those places where decisions are now made about them. This often leads to resignation, disinterest and withdrawal into the private sphere. The high percentage of non-voters at every election is an impressive testimony to this.

And it is precisely this resignation of the citizen that politics is once again taking advantage of. More and more national competencies and decision-making powers are being ceded to supranational organizations such as the UN or the WHO. Whispers from NGO lobbyists and associations of the global elites - such as the World Economic Forum (WEF) in Davos - are becoming the new pace-setters of politics. These bodies, which have no democratic legitimacy whatsoever, and shadow governments, which cannot be influenced by citizens through elections, mean the de facto death of freedom, democracy and the rule of law.

The renegotiations of the WHO treaties with the member states, which are currently taking place, are thus only the current peak of this evil development. Here, for the first time, a supranational organization - in the event of another pandemic - is to be given full governmental power. While bypassing all national parliaments and constitutions.

How brazenly politics and the global background elites exploit the resignation of citizens for their own goals was even openly and completely unabashedly expressed by the former president of the EU Commission, Jean-Claude Juncker, during an interview. He said:

"We decide on something, put it on the table and wait a while to see what happens. If there's no big hue and cry and no uproar, because most people don't even understand what's been decided, then we continue - step by step, until there's no turning back."

These words should be a reminder to all of us and a final wake-up call. The time for resignation must be over. Those who are not interested in what is happening around them politically today will wake up tomorrow in a country that still claims to be democratic, but in which powerful international organizations are disempowering the national parliaments and the citizens and voters - like trained pets - are merely kept as meaningless staffage for general amusement.

High time to wake up! 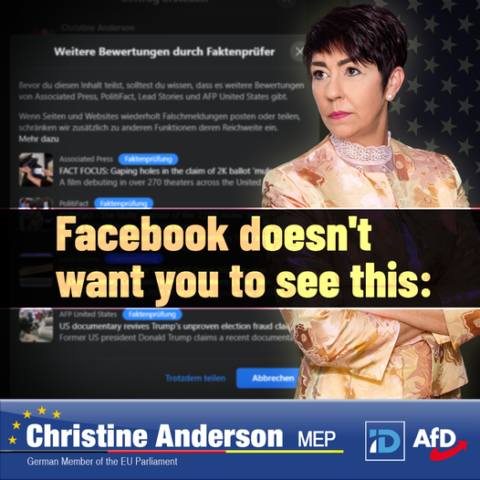 Dear Fellow Citizens, Today, in a building of the EU Parliament, there was a screening of a brand new and... 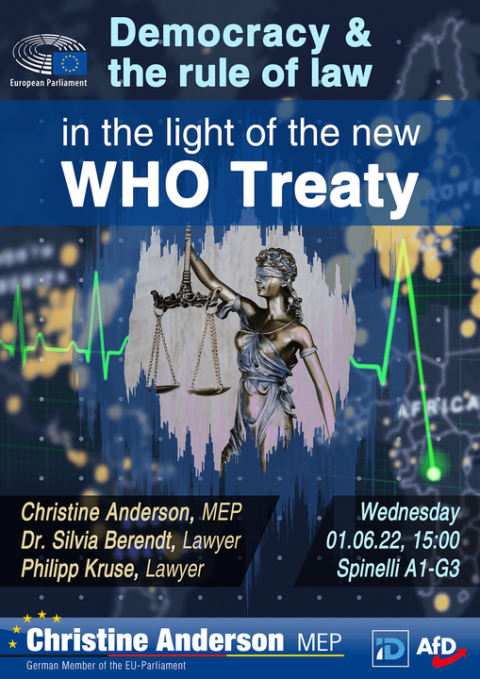 I am very much looking forward to being able to talk to the lawyers Dr. Sylvia Berendt and Philipp Kruse...
Show more posts