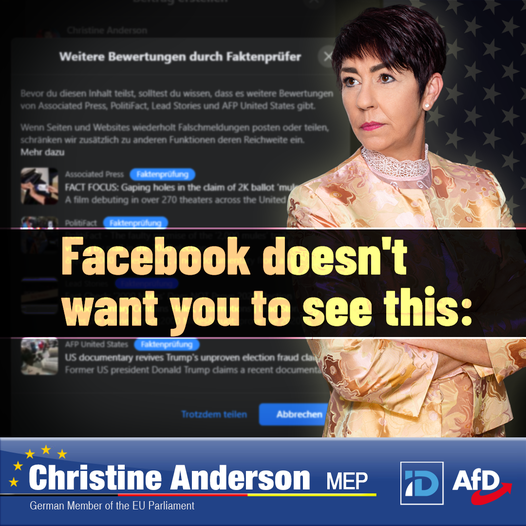 Today, in a building of the EU Parliament, there was a screening of a brand new and very interesting documentary movie about the US presidential elections of 2020. Actually, I wanted to tell you - dear readers - about it, but when I was about to post the article, I received a warning from Facebook.

It said that the documentary I described had been classified as Fake News™ by so-called "fact checkers" ™.

I might still be able to publish my story, but then I would have to expect that, in addition to certain functions, the outreach of my channel was going to be restricted in the future.

If you would now like to know which movie it was, that could well be shown during an event in the EU Parliament, but which Facebook would rather not talk about, then I very much invite you to visit me on my censorship-free Telegram channel:

Here we can stay in contact with each other even if Big Tech and Co. should pull the plug on Facebook for good.

So please save my Telegram channel as a backup for freedom of speech. 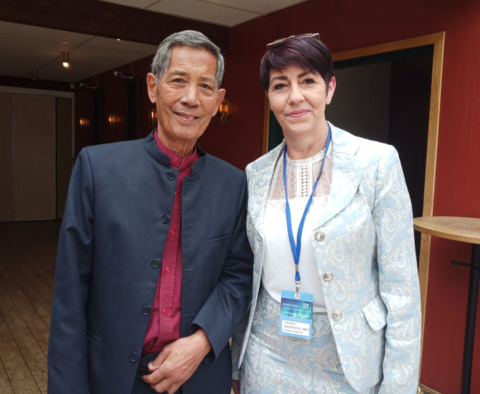 2nd day at the NORTHERN LIGHT CONVENTION in Malmö, Sweden. Health professionals, politicians, lawyers, economists, scientists and activists from all... 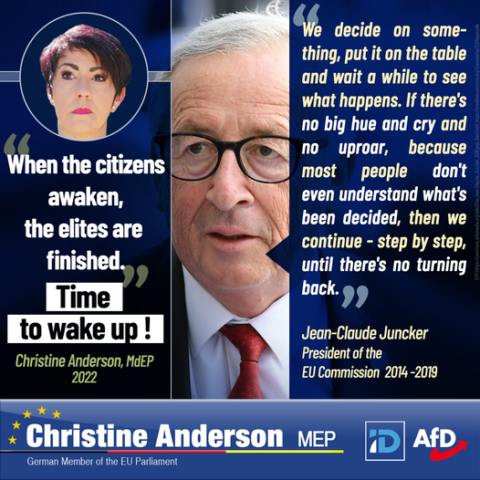 Many citizens still believe that after all, politics means well for them. But anyone who takes a closer look has...
Show more posts