YES to freedom, NO to Bitcoin ban!

YES to freedom, NO to Bitcoin ban!

a new attempt in the ECON Committee (Economic and Monetary Affairs) around a de facto "Bitcoin" ban took place in Brussels on Monday:

Here, however, one is not so clumsy to bring it as - in Canada - under the guise of "fighting terror" in position against the own, government-critical citizens.

Here, the hunger for energy and thus the problematic classification under the aspects of the so-called "European Green Deal" was advanced in order to withdraw legitimacy from cryptocurrencies based on "proof-of-work" technology. A corresponding sanction would be equal to a de facto bitcoin ban in the EU.

Fortunately, a liberal-conservative majority was able to stop the ban and thus put a stop to the attempt - which was promoted by the Social Democrats (SPD) and the Greens - for the time being. However, this does not put an end to the issue. Bitcoin is increasingly becoming a problem for the Brussel’s ban fanatics - but primarily because it makes the ECB's disastrous monetary policy and the EU's economic policy increasingly clear.

These politicians, as part of a rich elite, have also hardly problems or restrictions with the methodology of the money supply increase. But the normal citizens feel ever more clearly, where the journey goes, if they see the prices in the supermarket or at the gas station.

Bitcoin, on the other hand, cannot simply be "reprinted" at will. It is also as anonymous as cash, and that, too, is a problem that Brussels would like to see eliminated. After all, they would like to see a transparent citizen who, in addition to his or her state of health, will in future also have to disclose his asset status and perhaps also prove his loyalty to the government through social points.

But no matter what these false elites will try to do in the future, together with my colleagues, I will continue to stand up for all citizens in the name of freedom! 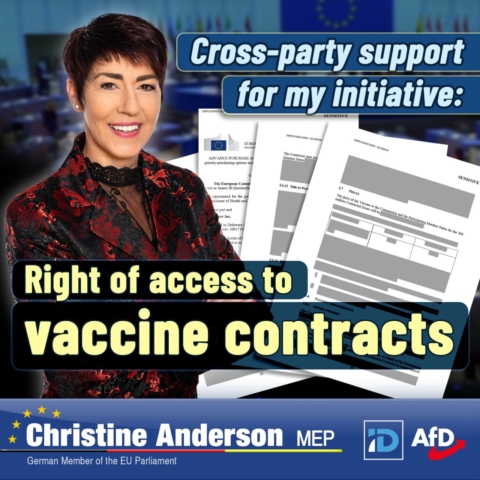 We have a right to get access to the Vaccine Contracts

Dear fellow citizens, Those of you who regularly follow my work in the EU Parliament via social media know that... 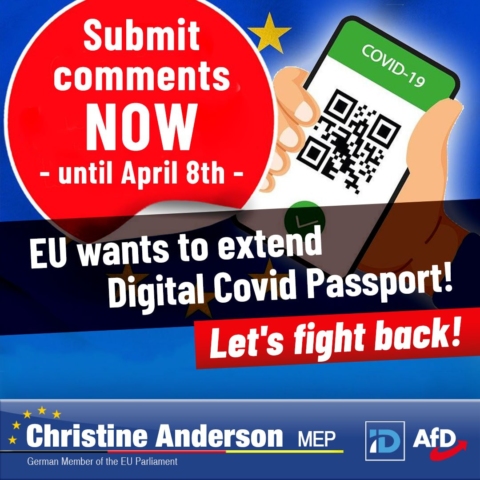