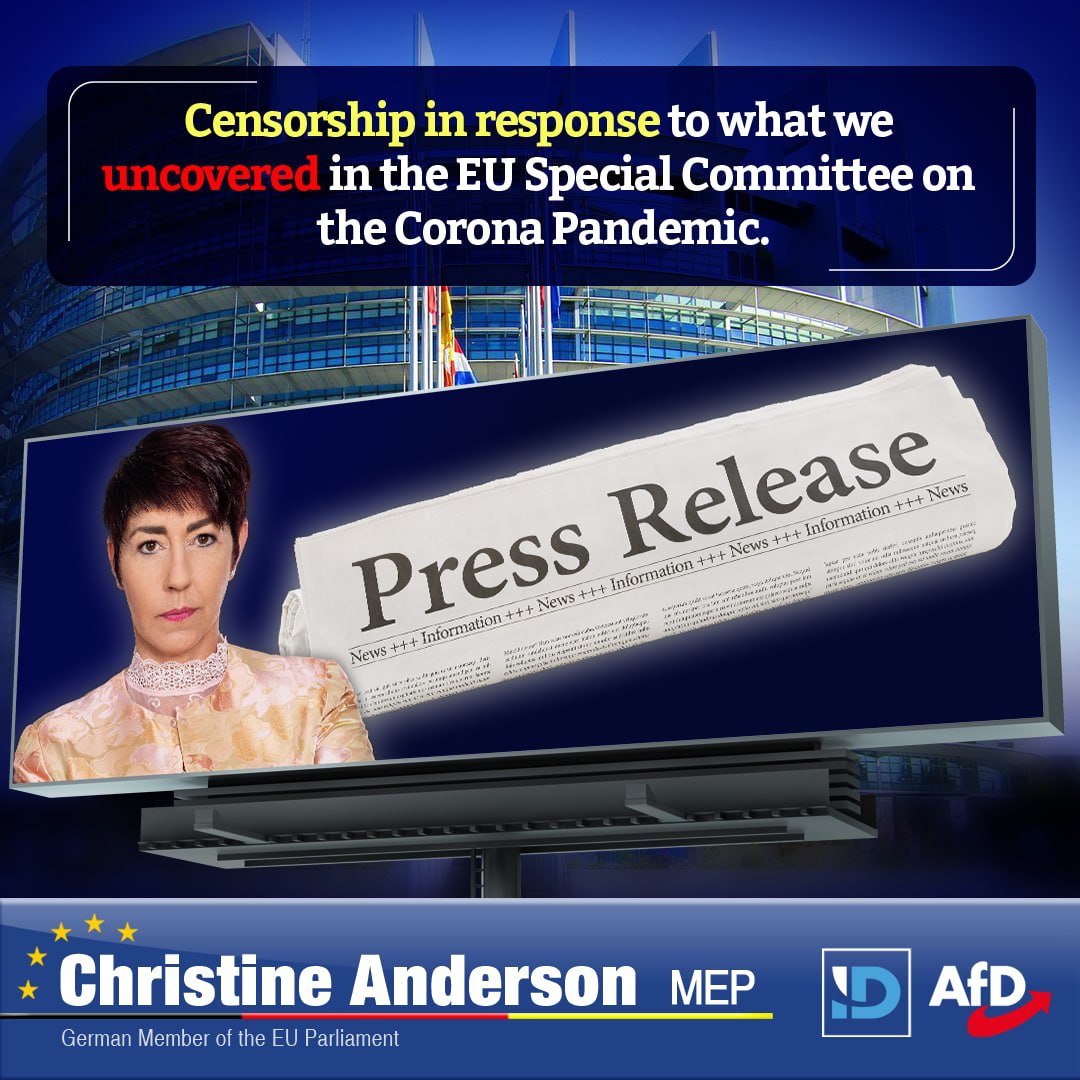 [Brussels, 11.11.2022] Christine Anderson (AfD): YouTube didn't want you to know what we uncovered in the EU special committee on the Corona pandemic.

YouTube has deleted several videos with speeches by Christine Anderson (AfD), who is a member of the EU special committee on the Corona pandemic for the ID group. In some cases, even videos with questions that the MEP had asked in the committee were sanctioned. Following legal intervention, YouTube caved in and put videos that had already been censored back online. Anderson is now calling on YouTube to hand over the "medical misinformation guidelines" on which the platform operator bases its sanctions. "The impression here is that information that doesn't fit the desired narrative should be suppressed. I won't stand for that. If YouTube lets my deadline pass unused, I will file a lawsuit in court,'' Anderson said.

Anderson regularly publicizes how high-ranking representatives of the pharmaceutical industry, such as the vice president of AstraZeneca, increasingly come under pressure during hearings and criticized Pfizer CEO Alfred Bourla for canceling his participation in one such meeting at short notice. "I call for a committee of inquiry to take a closer look at the relationship between the Pfizer CEO and EU-Commission President Ursula von der Leyen."

Anderson and her Dutch colleague Rob Ross also uncovered a scandal: "Bourla's representative on the committee, Janine Smalls, had to admit to Ross in a questioning that the pharmaceutical giant had no knowledge before the market launch of the Pfizer/BionTech drug whether it could be used to prevent the infection as well as the transmission of Covid-19 at all. "Statements like - "If you vaccinate, you protect yourself and others!" - in the context of the Covid vaccination campaign were simply lies!"

In a written question, Anderson is now asking the EU Commission where statements in support of the vaccination campaign originated, such as those still being used by the German government, and whether sanctions can be expected for such "fake news" within the framework of the EU action plan against disinformation. 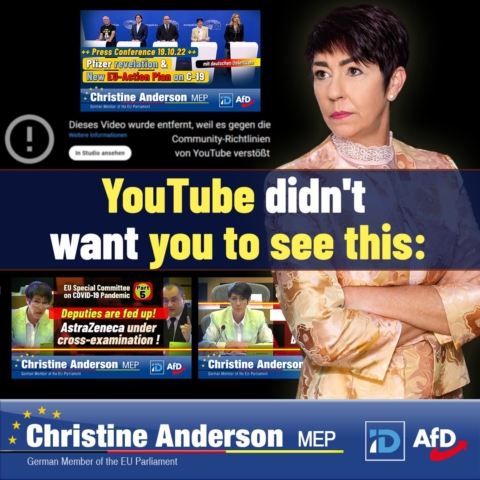 Dear fellow citizens, My persistent work in the EU Parliament and its committees now seems to be a thorn in... 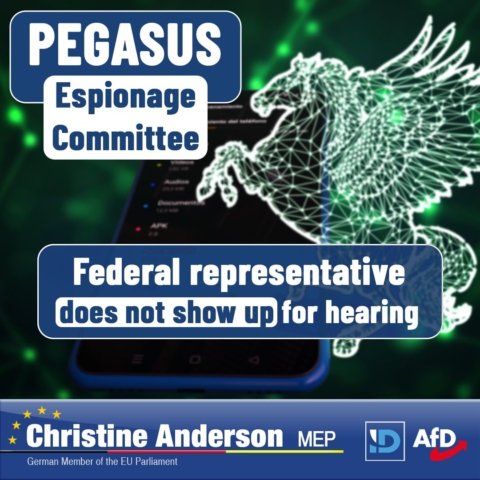